The Most Important 2.5 Minutes Of Your Career

The Most Important 2.5 Minutes Of Your Career

Don’t judge me but I just binge watched Cheer, the new Netflix series, and LOVED it!

Surprising because I tried out for cheerleading in 7th grade and did not make it.

No surprise to anyone who’s seen my vertical leap but I always liked the routines so decided to check out the Netflix documentary.

As I’m watching Cheer I realized I had no idea all the hard work and pain the top teams go through to be champions.

And I’m amazed by the fact that they work all year for a 2.5 minute performance.

Then one of the folks in the documentary really brought it all home by saying something to the effect that “this is it”.

In cheerleading, after college, there is no pro cheer athletic team to join. They don’t lead their team to win the college National Cheer Championship and then go on to be drafted to the pros.

They need to make those 2.5 minutes count.

There is a lot we can learn a lot from approaching life with a Cheer mindset.

Give your career all you got.

What would your career look like if you were to go all out?

What would you do differently?

What would you not put up with any longer?

How would you put yourself in a position to excel?

You are the champion…of your career.

Give it all you got. 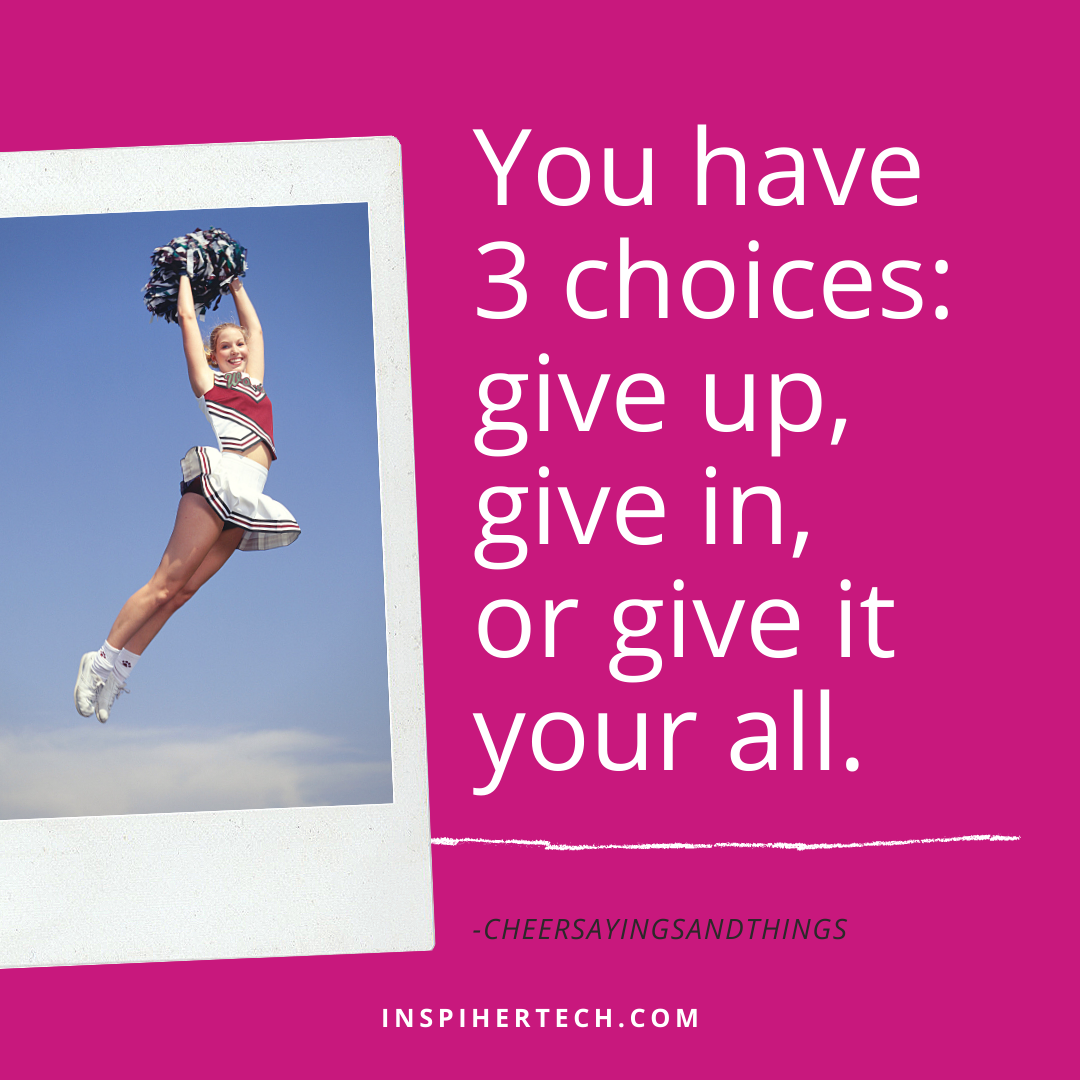