My husband has no interest in playing Cribbage with me. (I know right?).

I have no interest in going to the latest Muse concert with him (even if it is in a cemetery).

Thank goodness we are both passionate about movies otherwise who knows where we would be.

He is a sports writer so rarely home on Friday and Saturday nights. I run a business so my days (and nights) are very full. Making sure we made each other a priority in our busy schedules was important to both of us.

In 1997 we committed to a weekly Date Night. Pretty much every Thursday since then we have done something together. We might go to a concert, sporting event, art gallery opening or simply dinner. But the thing we do the most is going to see a movie.

We check online reviews and our rule of thumb is the movie has to be a least 3 out of 4 stars or have Clint Eastwood in it.

I knew I was going to love the movie because I have loved her voice forever. What I did not expect is that she would pass along some great career wisdom for women.

In the movie, Linda talks about her rise in fame. She is the definition of a Rock Star.

So, it was a surprise to me when Linda talked about being at a club and Emmylou Harris was on stage. People had been talking about this new singer so when Linda heard her on stage she understood why.

Linda said that Emmylou was doing what she did…only better.

And then this great advice essentially came out of her mouth:

I could be jealous, or I could become a gushing fan like everyone else.

Or, as she told the LA Times in an interview:

“I felt she was doing [country-rock] much better than I was. She was so much farther down the road. It was a time where I had to say I can either let this make me feel really terrible and I won’t get to enjoy the music, or I could accept it as really great and enjoy it. And that’s the choice I made. And it was a great lesson because music isn’t a horse race and you can’t have it be a competition. . .  There’s room for us all, and we all have our own stories.”

She chose to open up her heart and simply appreciate what Emmylou was doing.

This led to her and Emmylou becoming lifelong friends and collaborators on two albums with Dolly Parton that led to their Star on Hollywood Blvd this year.

Linda’s choice to respond to that initial rise of jealousy and envy with admiration and love made all the difference. Plus, Emmylou said, it was at that time when she was at one of her lowest points. Emmylou had just lost her love and singing partner, Gram Parsons, to a drug overdose. Linda embracing her lifted her up.

You may see that other manager get offered the key promotion you were hoping for and think “She does what I do only better…poor me” or “She did not deserve that. Why her?” Or you can send her flowers and congratulate her. Offer genuine help to make sure she succeeds. Be her gushing fan.

This week look around at other women doing well in their roles and compliment them. Then listen for the applause!

Are you ready to be your own biggest fan and take your career to the next level? Click here to schedule a Career Strategy Session! 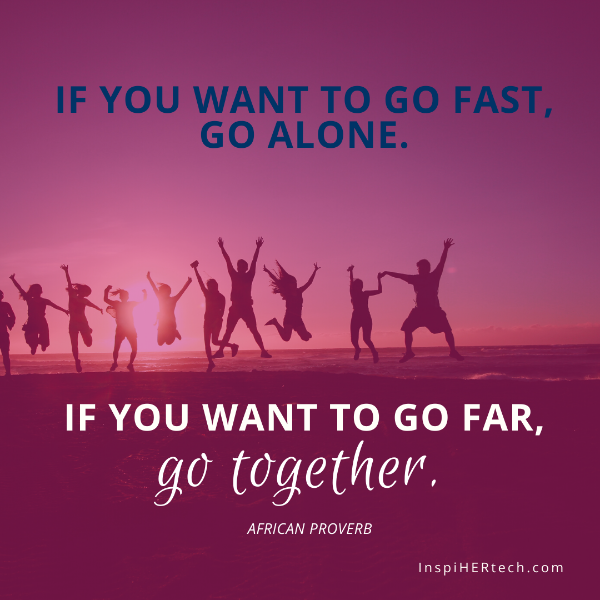