The Subtle Ways Of Bias

The Subtle Ways Of Bias

For Christmas, my husband had asked for a new blanket for our bed.

Conveniently, my mom called me to say she needed one more gift for my husband and I suggested the blanket. She said that was a great idea and she would give me that for my birthday, which happens to be December 26th, but did I have another idea for my husband?

Calling Out My Mom 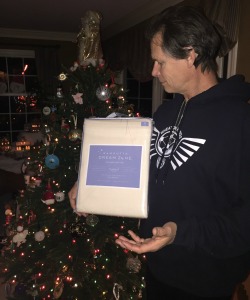 My mom, who read the OB/GYN the riot act when we went to get me birth control and he refused.

My mom, who has been outspoken from Day 1 about the importance of Title IV.

Yet, she had not even noticed her gender-biased thinking. That is how subtle bias can be.

Guess who opened the blanket on Christmas morning?

When talking about this with my sister Katie, she mentioned a conference she went to where the key note was Lynne Doughtie, the first female CEO at KPMG.

Lynne talked about a time she got on a plane and caught herself wondering if the two women pilots would be as capable as male pilots. She had never flown with two female pilots before and her unconscious bias reared its head.

Here is a link to more on Lynne and Unconscious bias: {Link}.

What I have come to realize is that there are many ways that we, men and women, perpetuate bias without realizing it. It is part of our culture, the town we grew up in, the people who raised us, the media we watch, the books we read. These all build our biases.

You may have heard the story of Jane Elliott, third-grade teacher, but it bears repeating.  In response to the assassination of Martin Luther King, Jr., Jane devised the controversial and startling, “Blue Eyes/Brown Eyes” exercise.

This, now famous, exercise labels participants as inferior or superior based solely upon the color of their eyes and exposes them to the experience of being a minority.

Bias is Subtle and Awareness is Required

If you or someone you know is going to have the courage to step up for the big things, think #metoo, we need to start to step up in the smaller “does that really matter” stuff as well. Because it does matter.

We all have the power to affect change around bias in all its many flavors: gender, economic/financial, educational, religious, race, political, age, cultural, geographic, sexuality, physical/disability etc.

This requires you to raise awareness about your own biases and then do something about it.

Give your kids, your parents, your spouse, your friends permission to call you out as well.

Rewind your bias thoughts and actions and do something, anything, differently.

We can all lead the way to stopping bias in our lives and at our organizations.

If you are ready to put a stop to a salary bias you may be experiencing then give me a call. Let’s get you that job you deserve at the money you command.  Email me at laurie@inspihertech.com.

More About This Month’s Image