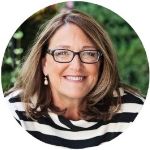 Lots has changed since we put together our topic list for this month’s Belong Newsletter. That real, positive change might come out of these horrendous events feels like a candle of hope in my heart.

Beyond the murder of George Floyd and other racial injustices, we have high unemployment, an economic downturn and Covid-19 is still a reality. HR departments, company leaders and those managing teams are feeling the pressure of figuring their way through something completely new and unanticipated.

Offering ways for your employees to take action around what is happening in the world can be extraordinarily helpful at this time. Here is a link to a letter I wrote to the women in tech who are part of the InspiHER Tech community with many resources listed that might be helpful for you and your team.

As a company what are you doing? Some ideas that come to mind are:

In the midst of all that is occurring, companies are beginning to bring people back into the office while at the same time expanding their work-from-home policies.

With the expansion of these policies, one of the barriers to inclusion is
“face-time” bias. The practice of giving preferential treatment to those you interact with in-person forgetting about the ones who are succeeding while working from home. Women are especially susceptible to this bias.

Learn more about this type of bias and what can be done to reduce its negative impact to the women on your team.

CEO | Founder of InspiHER Tech, a Laso Company
Our why: #HireMoreWomenInTech

How to Move Past Remote Worker Bias

In a work-from-home world  “face-time” bias is a concern.

Even though people have been working from home due to coronavirus, for many companies they did not see this as something they would be doing long-term because, as remote work advocate Jon Reed stated in Diginomica in early March, the common assumption that long-term remote work is “not a fit for our culture” has not gone away.

Now, even if it is not the ideal culture it is becoming the real culture for many. This elevates the potential negative impact of “face-time” bias for those who do not come back into the office.

Culture fit concerns arise from unconscious bias that everyone deals with, says Kimberly Elsbach, a U of C professor who spoke on this topic to CNN. She describes the tendency of managers to “rate people lower because you don’t see them” as “rooted in traditional ideas about ideal worker stereotypes.”

What does remote worker bias look like? Does it impact women in specific ways? And how can managers prevent it from taking hold?

What is remote worker bias?

Unconscious bias against remote workers is based on a “skewed perception that the telecommuter who works from home is less dependable or doesn’t take their job as seriously,” says Eddie Velosa, writing for the Flock company blog.

Korn Ferry conducted a global survey in January on attitudes toward virtual workers and was “shocked” by the perception among on-site workers that those who work remotely “can do whatever you want.”

The pandemic-induced WFH revolution is tempering these attitudes, but misperceptions still exist.  A March HBR article explains how cognitive bias affects virtual interactions: “Some kinds of people will be ‘out of sight, out of mind’: women, minorities, and others who are on the periphery.”
It’s also common for virtual team members to assume that everyone’s home office environment is like their own. For example, someone who rarely speaks up during video chats may be viewed as “uncommitted” when they are actually trying to stay on mute to avoid background noise at home.

Caregiver bias: It already exists in the traditional workplace. Now, with children apt to interrupt a video meeting, or on-screen reminders of a mother’s role in the background, the extra visibility of a woman’s caregiving role can “trigger doubts about their capabilities.”

Productivity expectations: This affects most remote workers, but women, who usually bear the weight of the “invisible workload” like meal prep, childcare and homeschooling, especially can feel devalued and dismissed when the highest priority is placed on the volume of work produced in a specified period of time.

Virtual meeting exclusion: Virtual meetings can easily mirror the “same patterns of exclusion [meetings] did in the office.” Unfortunately, virtual meetings make it easier than ever to let women’s contributions go unrecognized. They can make it harder for women to speak up and be heard. Additionally, decisions getting made through side chat between colleagues that are not brought to the group as a whole can leave women behind.

Private digital gatherings: Employers can’t dictate how employees handle downtime. Not everyone gets invited to every “party”.  Yet not making a conscious effort to include women in online social events can “widen the gulf between men’s and women’s workplace networks.”

First, bridge the communication divide. In the remote workplace, it’s impossible to over-communicate. A well-defined communication strategy that leans on a wide range of digital tools keeps everyone on the same page and maintains an all-important sense of community. Ryan Kelly, VP of Marketing for Flock, says, “Open and frequent communication helps us avoid behaviors associated with remote worker bias.”

Second, base performance evaluations on clear standards of business priorities and needs, not simply the volume of output or implicit perceptions. Automatic, the fully remote company behind WordPress, tells its employees: “We care about the work you produce, not just the hours you put in.”

Third, do all you can to make online meetings inclusive. Jon Reed of Diginomica offers some practical tips: set a clear agenda, resolve any audio issues at the start, and take clear notes to share as a follow-up. Rebecca Corliss, writing for Fast Company, urges being proactive to include everyone in a virtual meeting. “Don’t get 90% of the way through a meeting in a riveting discussion only to give Jennifer in Omaha her special five minutes in the end.”

Whatever label you give remote worker bias—unconscious, cultural, cognitive, proximity—the net effect is to lose out on the full contribution from all workers. Prevent this often hidden bias with persistent communication, measurable performance standards, and inclusive interactions.

Looking for ways to keep your remote team motivated? Try these:

“Let’s invite one another in. Maybe then we can begin to fear less, to make fewer wrong assumptions, to let go of the biases and stereotypes that unnecessarily divide us.”