How to Create Career Freedom

How to Create Career Freedom

Last week I wrote about the Super Soul Sunday episode with Dr. Edith Eva Eger, a 90-year-old holocaust survivor, and her idea that responding in situations is far more powerful than reacting.

In that same conversation with Oprah, they discussed the meaning behind the title of her recently released book, The Choice. Dr. Eger told how she found freedom while being imprisoned at Auschwitz by recognizing that she had choices.

If someone believes they do not have a choice that is when they become victims to their situation.

I have found a similar pattern when talking with job seekers about the progress they are making on their job search. They are often discouraged and frustrated.

When I dig deeper, I hear similar versions to this story:

“I started out gung ho. Updated my resume, refreshed the LinkedIn profile and then I saw it! The ad from Company, I Covet! They had an opening for which I am the perfect candidate. I did the cover letter including a description of my 3 favorite apps just like they asked and applied.

And then…crickets. Not even thanks but no thanks. What is up with that “?

When you limit your choices to one option, you set yourself up to becoming a victim.

Once you become a victim, things no longer move forward. You feel stuck. Not free. You find yourself:

Choice is the Path out of Victimhood and into Career Freedom.

You need to give yourself choices.

Then send out 10 resumes…the next day.

Connect to 20 new people on LinkedIn.

Use your power of choice to create options.

Focus on what you can control.

Create a slew of choices.

And then you release your attachment to the outcome.

Watch how one rejection does not collapse you into your own pity party.

Watch how you feel energized because you now have choices.

Watch your hopelessness and despair evaporate.

Feel the freedom of choice. 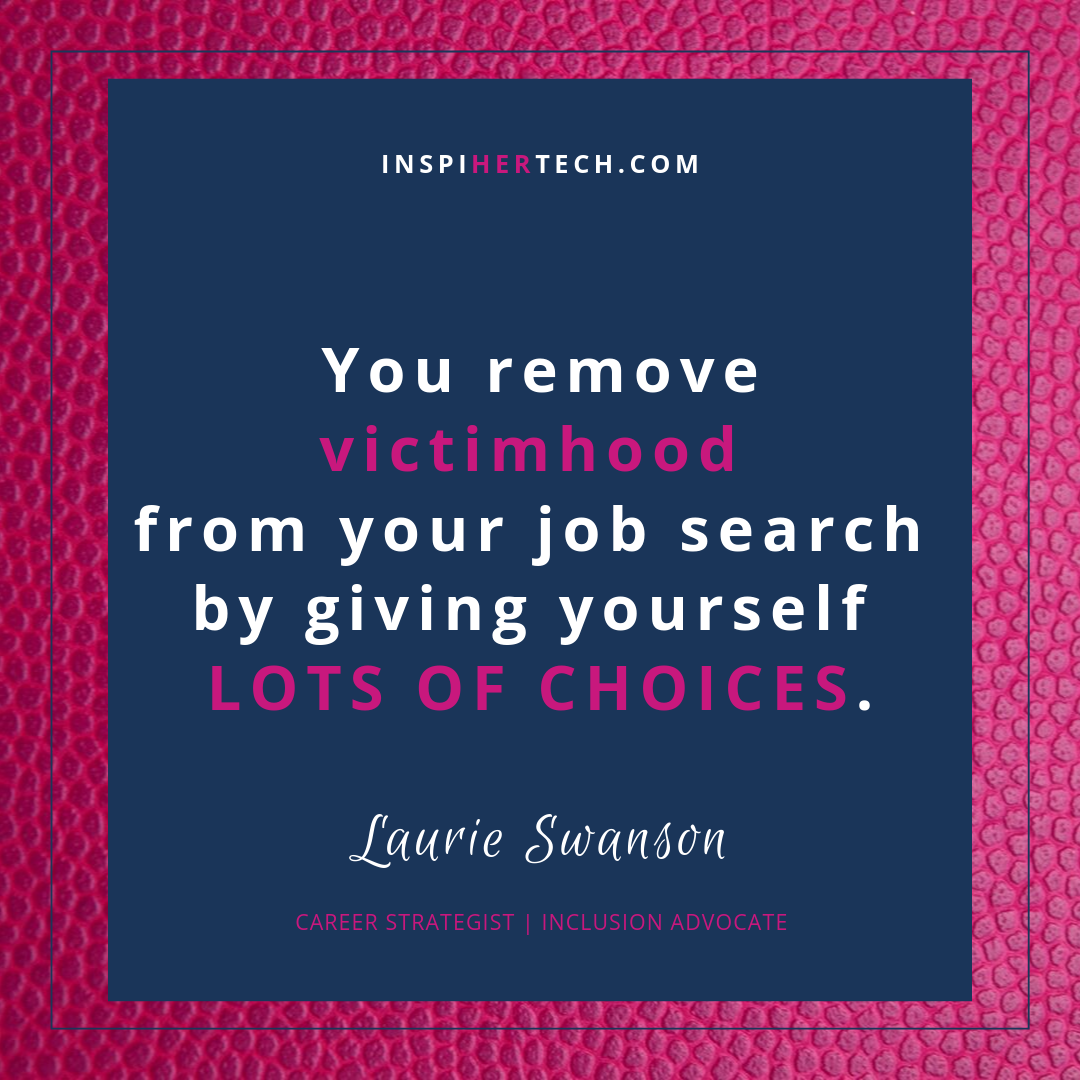